I met Micheal Christie at Wordfest, here in Calgary, this year.  Little did I know that a single reading and a very short little narrative shared about a coin of wood from a tree on his own lot, would lead me to my favourite book of 2019! 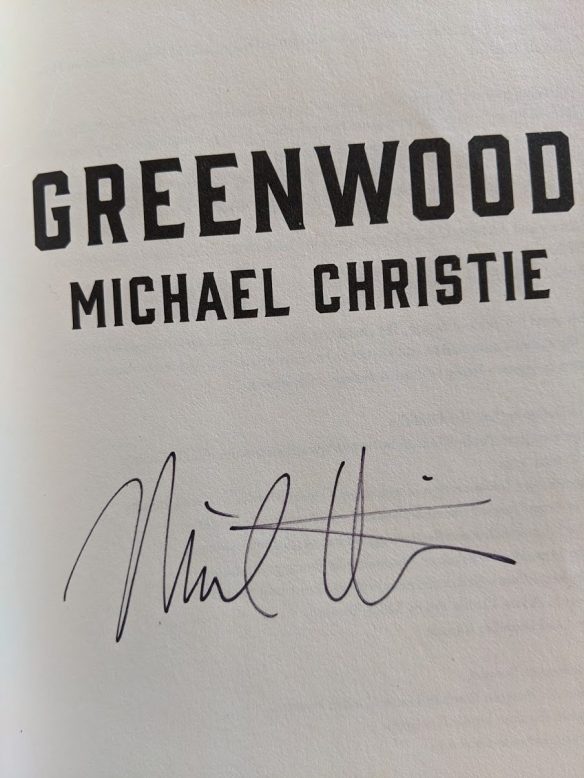 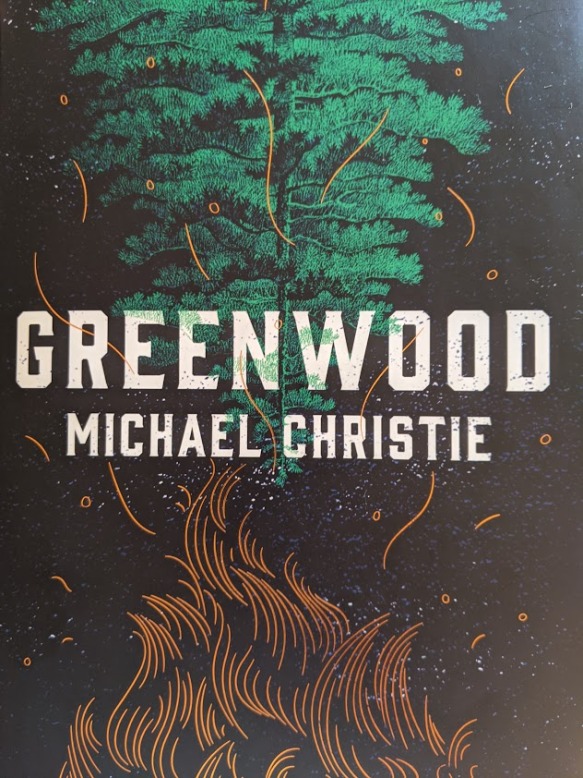 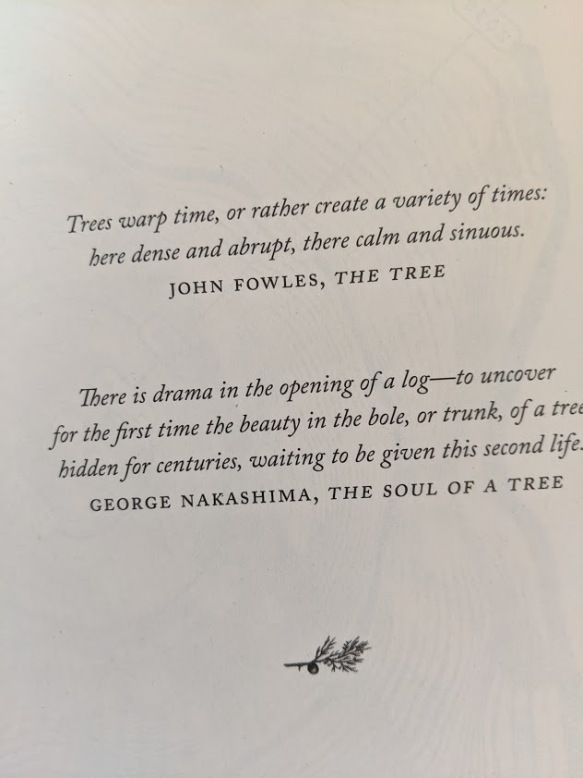 Greenwood is exceptional from beginning to end.  If there is any weakness at all, it is in the character Jake and the segments written in the context of 2038.  I wanted to get that out of the way, immediately.  But, as the depth of the other characters emerges, the reader feels as though they have come to know a family and its related friends and enemies deeply.  I was moved by this book so much.

There were some really personal reasons why I connected with this novel, but I highly recommend it because I believe that every reader is going to respond just as positively, and perhaps for other reasons.

First, I treasure the book, Greenwood, because it is well-written.  Michael Christie is a relatively young author, having previously been a skate boarder.  His other accomplishments include The Beggar’s Garden and If I Fall;If I Die.

His debut novel (and of course I will be finding it and reading it) was The Beggar’s Garden.  Apparently this is a book of nine linked stories and similar to Greenwood, it interests itself in characters that are easily ignored and who are experiencing authentic suffering, oft-times brought on by choices they have made.  In other words, his characterization is entirely honest and believable.

I am disappointed that Greenwood was merely longlisted for the Giller Prize.  Reviews on Goodreads are overwhelmingly positive.  I always go there after reading a book, not before.

Recently, I have read some disappointing books.  Picking up The Lost Girls of Paris by Pam Jenoff, (The Orphan’s Tale) I was left questioning the flat characters, the undeveloped romances and the lack of attention to the actual code senders, highlighted even in the title. The Girls by Emma Cline and The Huntress by Kate Quinn left me equally disappointed, for similar reasons.  The characters had no guts and their narratives felt simplistic.  In The Huntress, I felt that the focus of the novel needed to remain with the female pilots, but taking World War II settings and trying to build romances is always a wee bit challenging.  While my own readers will find a number of positive reviews about each of these three novels, they did not appeal to me and my own sensibilities. I am using them as a contrast to Greenwood because everything that was lacking in them was delivered by Michael Christie.

In Quill and Quire, a review on his book, If I Fall, If I Die, published in 2015, holds true for Greenwood, as well.

…This atmospheric work of gritty realism explores themes of class mobility, self-determination, and the impact of mental illness…

The writing in Greenwood is descriptive, eloquent and the syntax, remarkable.  While the structure is complex, it flows and I found myself buried in what is commonly referred to as a page-turner.  Harris, Everett, Liam and Willow very-much entered into my life.  Their stories were fraught with struggle, lies, omissions and these vulnerabilities built the tension that captured my heart.

I am not going to summarize the book in this review…I don’t like to do that.  I will carry on sharing my personal reasons for treasuring this book.

Having once lost a treasured journal of my own,  and on another occasion, having had someone take my personal journal and read it, the story of Euphemia Baxter’s journal became a thread that was very important to me throughout the book.  The Secret and Private Thinkings and Doings of Euphemia Baxter  is an object of real importance to me in the reading.

The metaphorical/symbolic presence of trees is another element that won my heart.  Both poetic and inspiring this exploration is seldom accomplished by any other fiction writer.

My own interest in the genealogy of my family is also a passion and delight. Once finished this novel, I felt as though I’ve learned about the Greenwood family in its depths.  I celebrate the foibles and mistakes of the family members and found that part of the writing to be authentic and true.

And finally, my interest in trees, the lives of trees and the stewardship that they require is right up there in my concerns and my interests. 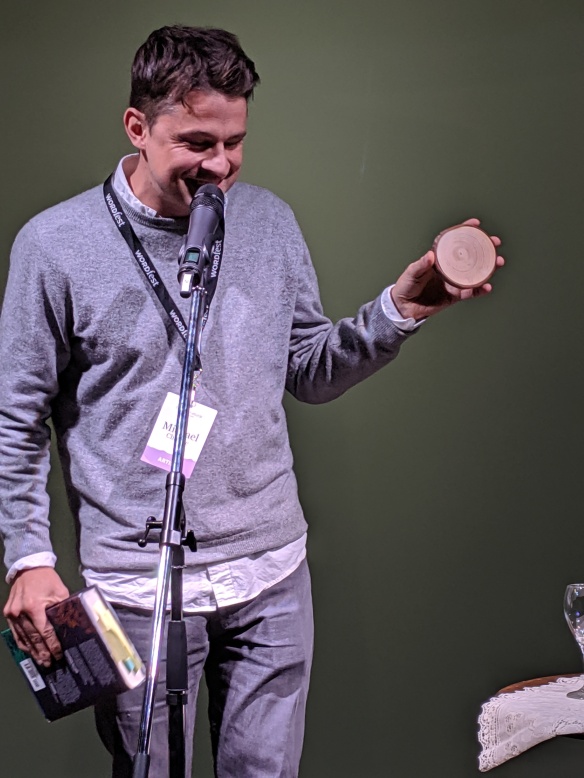 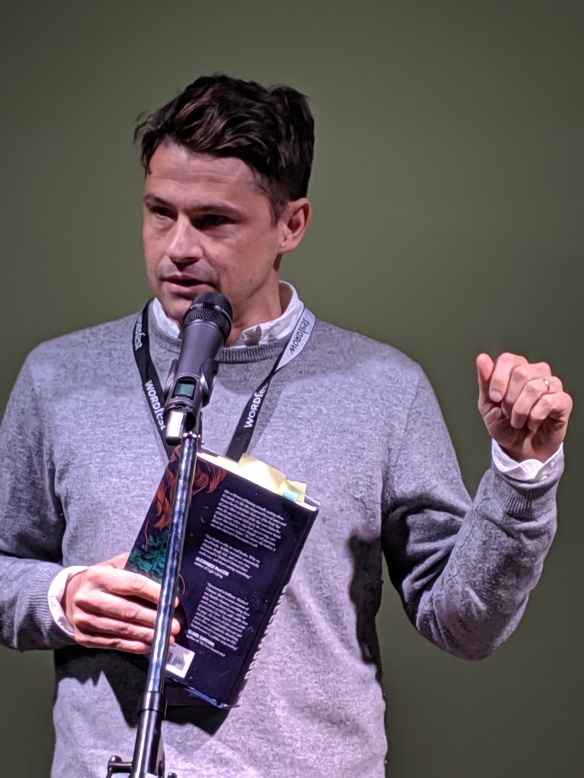 The days are getting crisp…things are going to sleep for the winter.  I’m not writing as much, but I AM reading.  When this weather arrives, it’s wonderful to curl up and read.  In preparation for Wordfest, I read Birth House for the second time and loved it just a much or more than the first.

Birth House by Ami McKay is right up there among my favourite books.  I’ve read a lot of books by this time and so, there can never be a favourite, but there are heaps of favourites.  I couldn’t afford the time or the money for a lot of sessions at Wordfest’s annual event, however, I made certain to register for two of the sessions where Ami would be speaking and I purchased her most recent book, a memoir, Daughter of Family G. 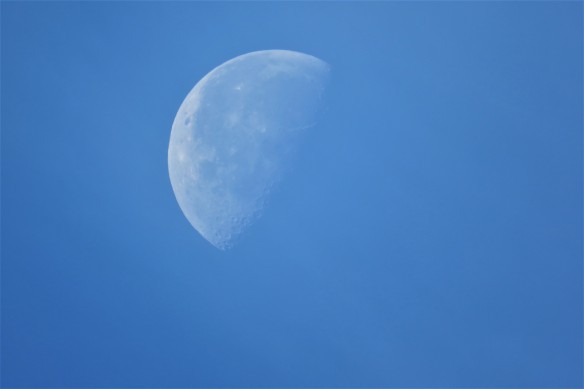 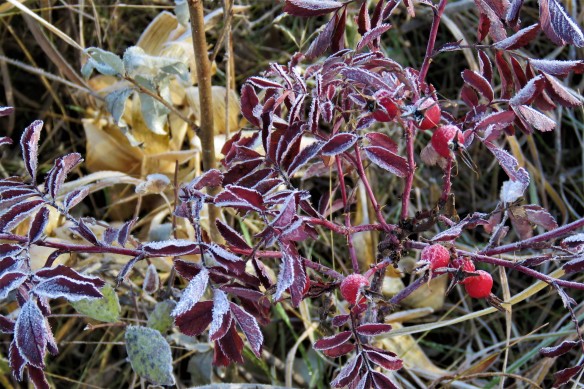 The first session was delightful, a Cabinet of Curiosities, and featured a number of writers including Ami.  These authors each brought a single object to share, an item that connected with their books, process or lives.  It was an intriguing grouping, covering a big array of topics and styles of writing.  I picked up a few books that night.

Anthony De Sa shared a GI Joe camo jacket.  He shared a heartfelt story that I will not soon forget about Christmas at home and a loving gesture from his mother.  I don’t think there was a dry eye in the place.  Anthony is writer of Children of the Moon.  This is now in my collection and I am looking forward to reading it.  Eloquent! 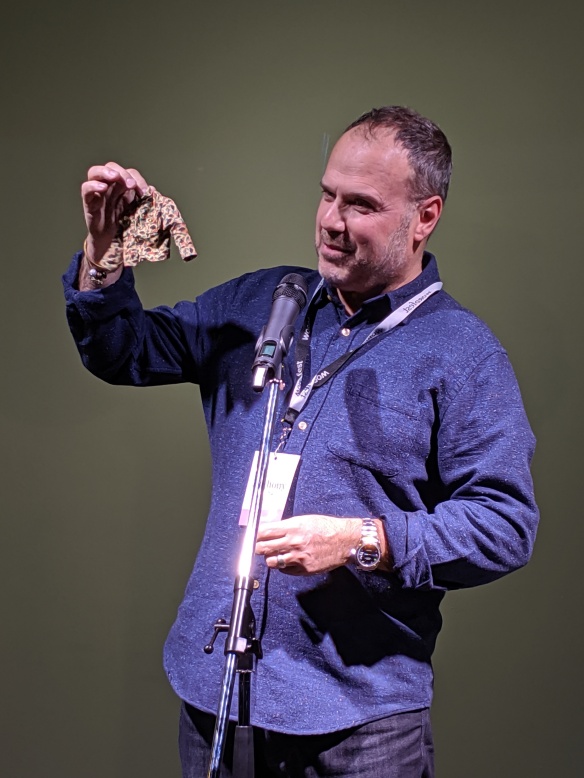 Marina Endicott shared her first Greek book.  It was a book that her Greek Teacher gave to her.  “Wherever you go, there you find your teacher’.  Her teacher, she shared, was her first home. 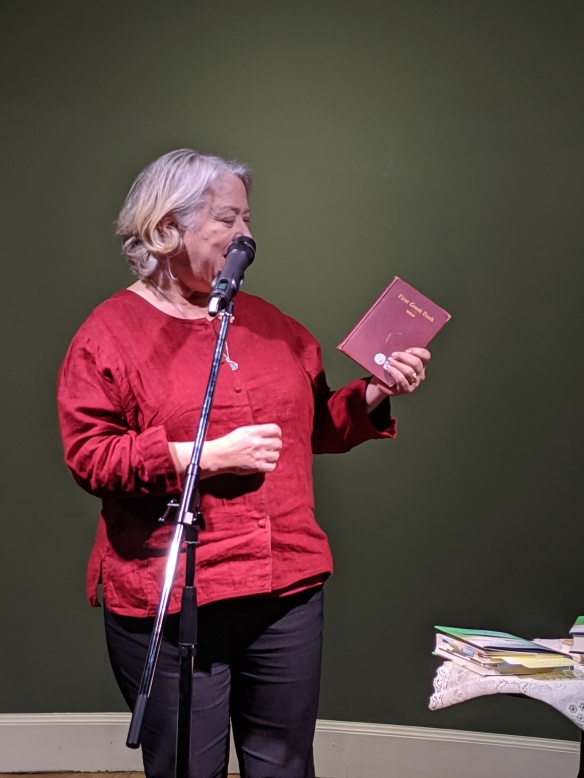 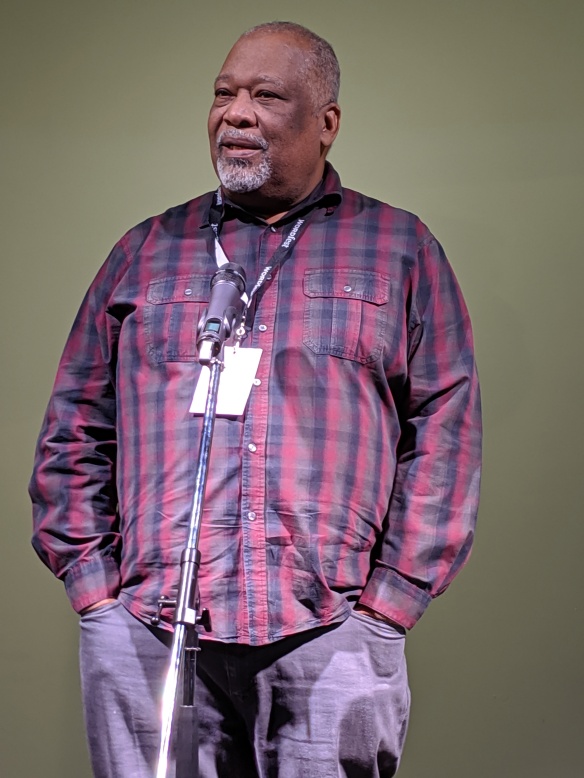 Michael Christie’s new book, Greenwood, is also in my collection.  He shared with us the story of building his new home on Galiano Island and about how, during a huge storm on the family’s first days in the house, blew over a tree that crashed into the family Subaru.  He shared a slice/coin of the big branch that caused the destruction.  His reading caused me to weep.

A magnificent novel of inheritance, sacrifice, nature and love that takes its structure from the nested growth rings of a tree, Greenwood spans generations to tell the story of a family living and dying in the shadows cast by its own secrets. With this breathtaking feat of storytelling, Michael Christie masterfully reveals the tangled knot of lies, omissions and half-truths that exists at the root of every family’s origin story. (From McClelland ​​​​​​& Stewart)

Ami McKay shared something her mother/grandmother said, “All of the flowers that our blooming in our todays are to be enjoyed because of the seeds that were planted in our yesterdays.” 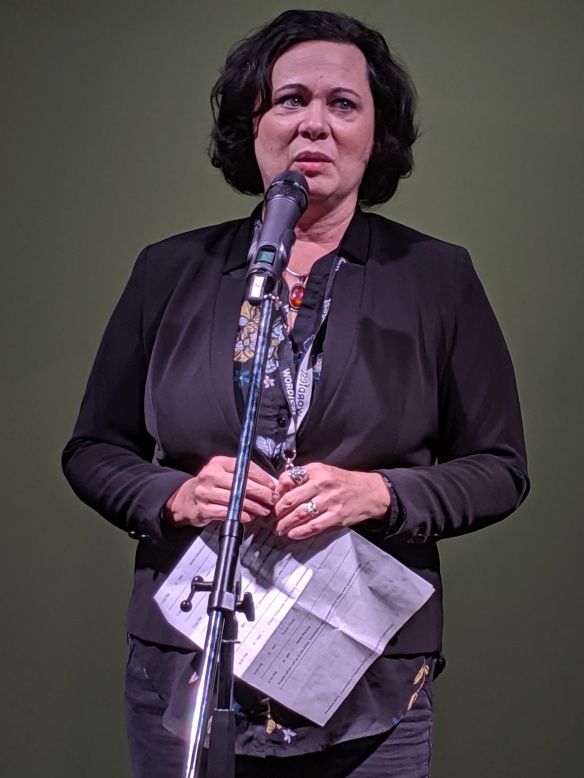 Terry Fallis was very animated and shared several items via Powerpoint imagery; his fountain pen collection, a framed image of Robertson Davies and an old typewriter that he keeps close by. 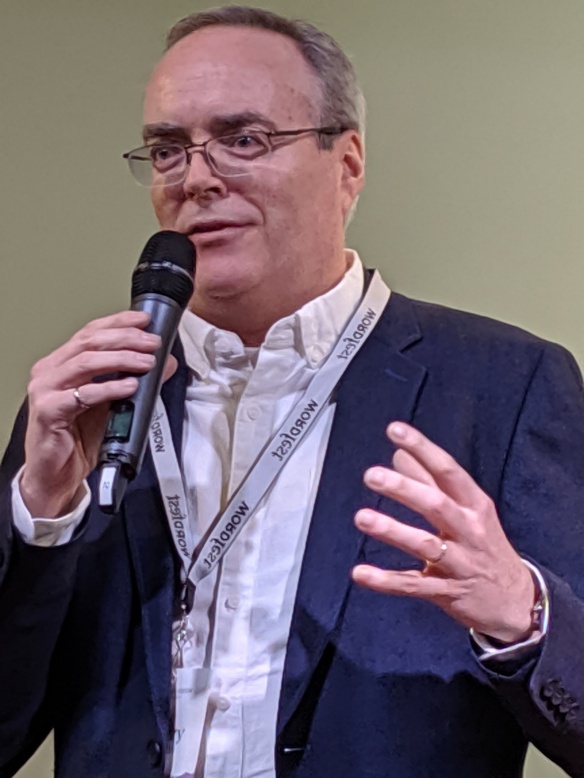 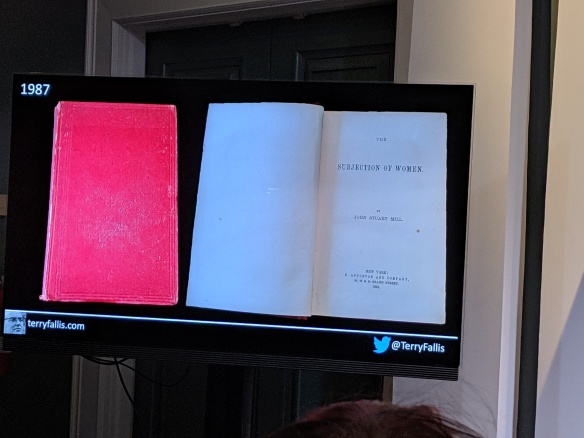 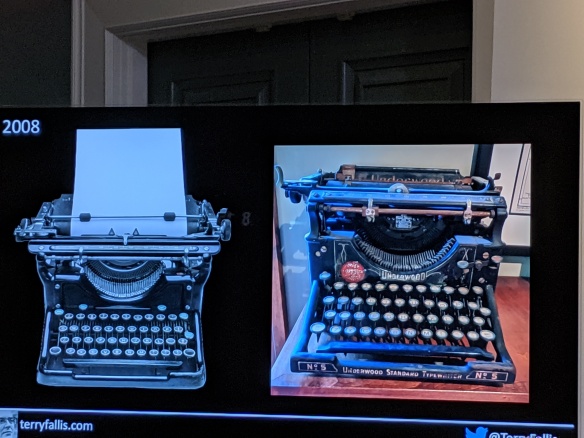 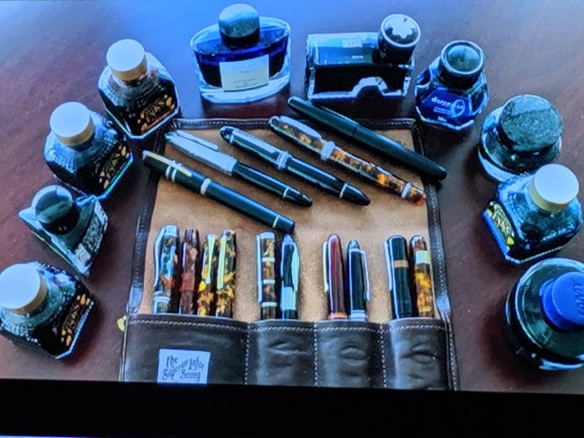 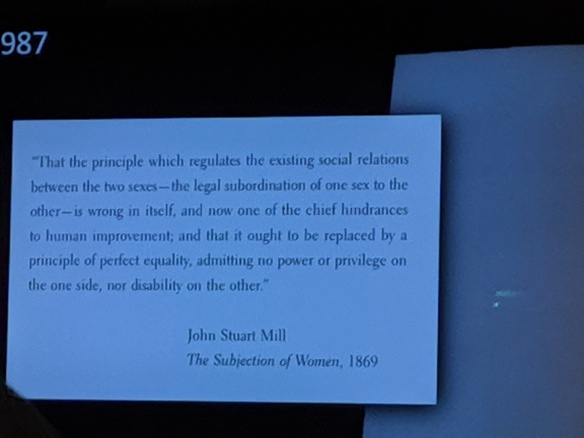 And finally, Anosh Irani shared a map of one district in Bombay.  His story and the poetic gifts that he shared that evening, were beautiful.  I purchased his book, The Parcel. 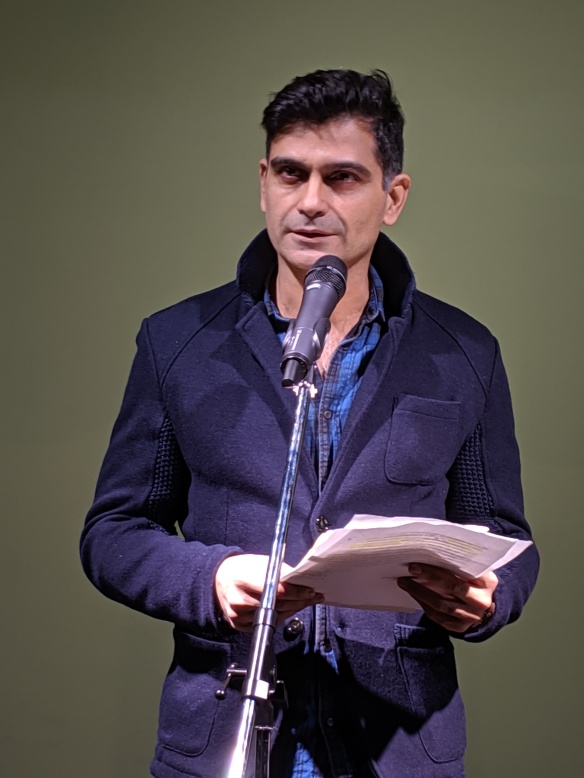 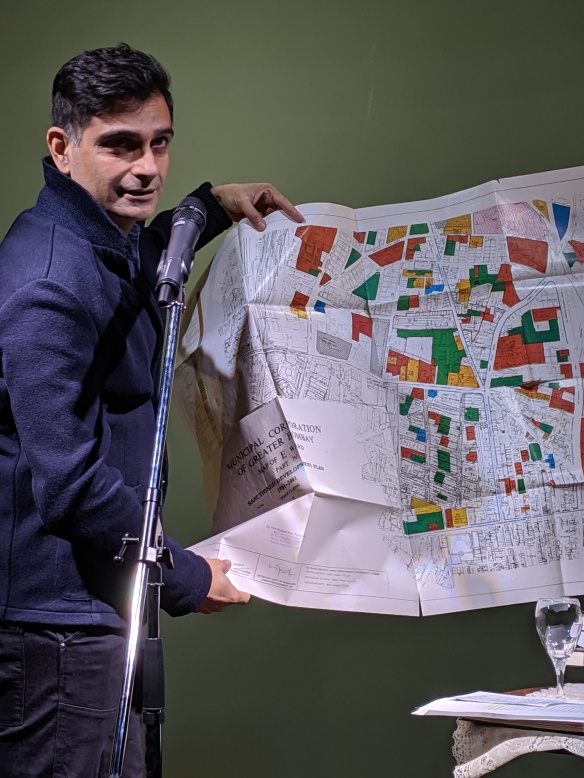 What a tremendous evening.  Thank you, Wordfest.

The next day, I had the opportunity to hear Ami McKay talk about her family, in detail, and her struggles and strength as both connect with her life.  The initial disease suffered by my brother was Colorectal Cancer and so I was very interested in what Ami shared about her family’s journey with Lynch Syndrome.  I really appreciated the time that Ami took with me personally as I found myself first in line to have my books signed by her.  This was an inspiring book talk and I am presently 100 pages in to the book, Daughter of Family G: A Memoir of Cancer Genes, Love and Fate 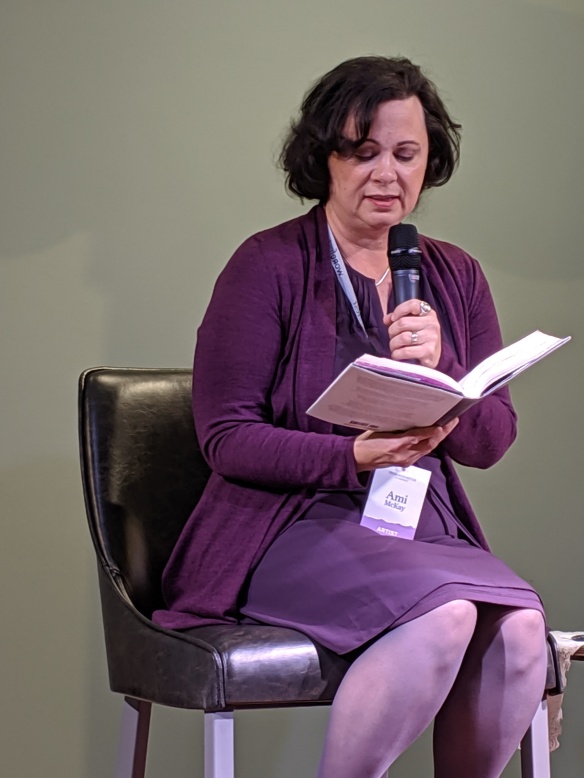 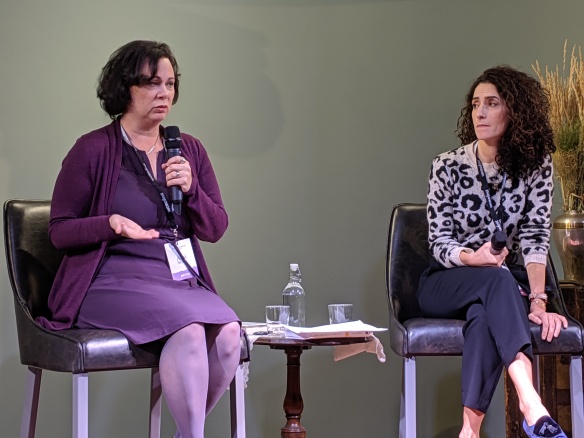 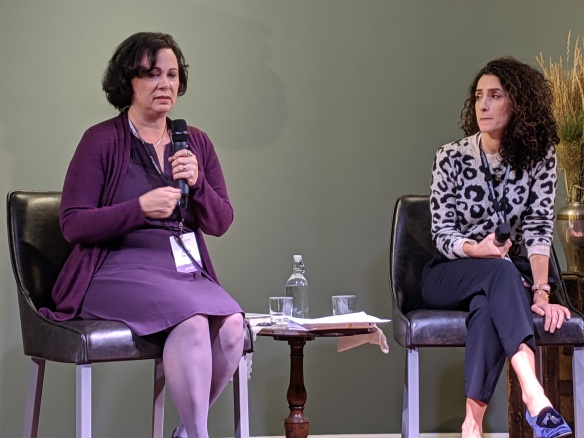 I met Aracely outside of the Memorial Branch library.  Aracely is the moderator for the book discussions that I enjoy at the Fish Creek Library once a month.  She is smart, fun and very generous.  She is also in love with reading!  I was swooped up by her enthusiasm and headed over to the Central Branch for the Humble the Poet presentation.  Am I ever glad I went!  Such a timely and inspiring talk!  While I didn’t purchase it that evening, I’ve added Things No One Else Can Teach Us, to my list.

Wordfest never disappoints.  I hope that next year I have it in my schedule to take in even more of the book talks.  They open up the mind, the heart and put you in touch with other big time readers!  Thank you, Wordfest! 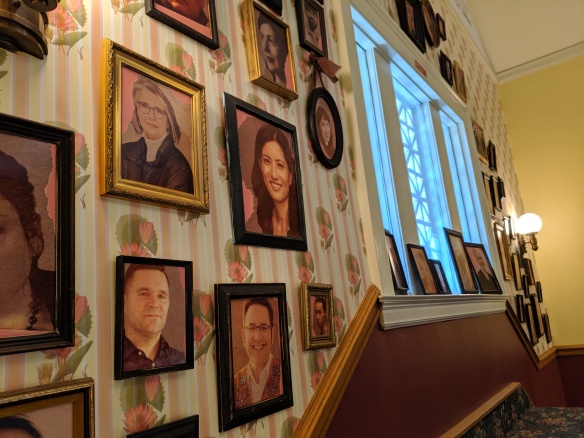