I remember my Aunties Millie and Marjorie because they were so kind to us when our little ‘Airforce’ family would visit ‘the island’.

The photo below was cropped down from the family photograph, taken on the steps of St. Paul’s Church at Mamie’s funeral in 1964, Michael Stanley Knycha on the left and Marjorie on the right.  They had three children together, two daughters and a son.  If you are related to Marjorie and can share anything you might know about her personality and her life, please be in touch with me.  My mother absolutely adored her aunties and learned so much from them. 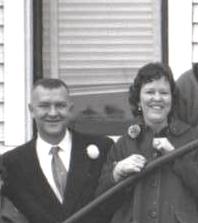 Marjorie’s husband, Michael  Knycha, passed away, a year after retiring from the Airforce.  Marjorie moved to Vivanlea Trailer Park in Summerside.  James Perry’s father, who was a carpenter by trade, did all of her carpentry work around the trailer; things like skirting, steps and such.

An accurate account of Marjorie’s timeline was provided to me by her son and I’m so appreciative.  Joe would be my first cousin once removed.

“Mom and Dad married in Summerside, where Dad was stationed and where I was born. Dad was then transferred to CFB Edmonton, where Debby was born. Mom and Dad separated for a while after that and Mom returned to Charlottetown, where Adel was born. They later reconciled and when Dad was transferred to CJATC Rivers Camp, Manitoba, Mom and us kids took the train from Charlottetown to join him. After four or five years there, Dad was transferred to CFB Greenwood in the Annapolis Valley of Nova Scotia. The link you sent about Great Aunt Marjorie was very nice. Just one little thing: Knycha is spelled K-n-y, not K-y-n… . Thanks for sending this, Kathleen. I hope all is well with you.”

Below: Members of the Summerside Legion Ladies Auxiliary, circa 1983. 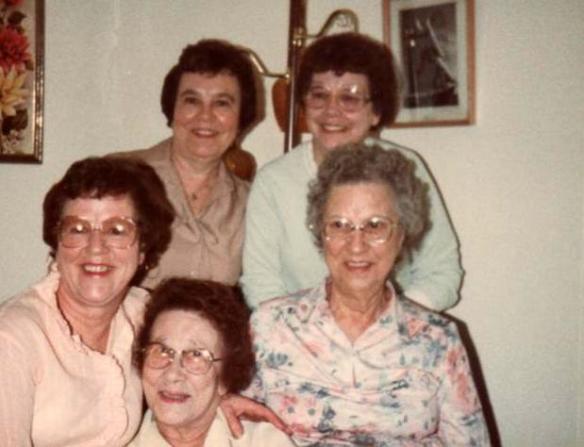 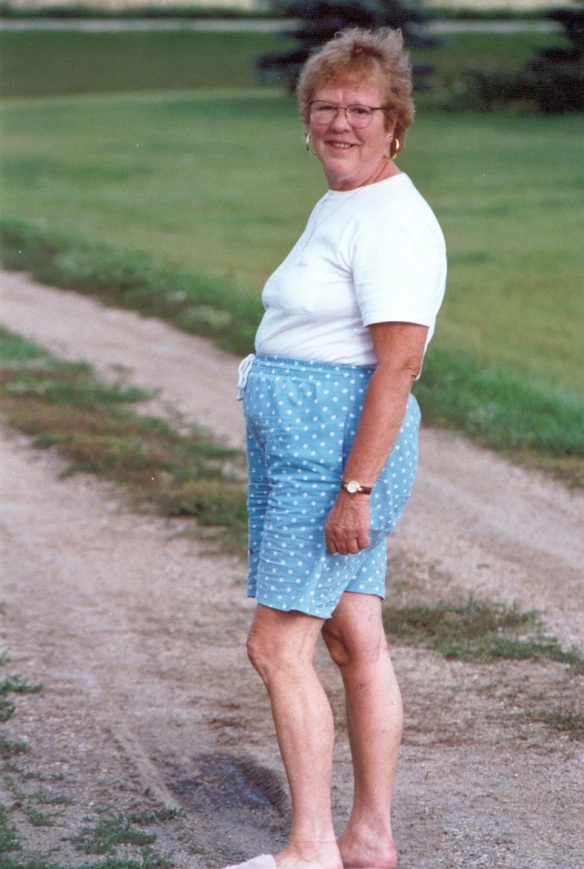 My Great Auntie Marjorie suffered the same debilitating disease as my own beautiful mother did, Alzheimer’s disease.  May they rest in peace and may perpetual light shine upon them.

KNYCHA, Marjorie Mary – 75, Aylesford, Kings Co., passed away March 13, 2005, in Valley Regional Hospital, Kentville. Born in Summerside, P.E.I., she was a daughter of the late Gabriel and Millicent (Arsenault) Gallant. She was a loving wife and mother, whose greatest joy was her family. She was always there when she was needed, and for that we will be forever grateful. Before Alzheimer’s took over, you could always count on Marjie for a joke and a hug. We missed her long before her passing and we will always love her dearly. Surviving are her son, Josef (Janet) Knycha, Milton, Ont.; daughters, Adel (Pieter) deWeever, Aylesford; Debby (Philip) Floyd, Stratford, P.E.I.; grandchildren, Jamie Ann and Hank deWeever, Kimberly and Michael Floyd; brother, Earl (Inez) Gallant; sister, Gladys Gallant, all of Summerside, P.E.I.; several nieces and nephews. Besides her parents, she was predeceased by her husband, Michael Stanley Knycha; brothers, Joe, Calais, Philip, Fred, Henry and Edward Gallant; sisters, Adeline Fardy, Tillie Thompson, and Millie Brenton. Visitation will be held from 2-4 and 7-9 p.m. today, with funeral service at 2 p.m. Wednesday, March 16, both in H.C. Lindsay Memorial Chapel, Berwick. Burial in Aylesford Union Cemetery. Donations in memory may be made to Alzheimer Society of Nova Scotia. Condolences may be sent via e-mail to: lindsayfunerals@ns.aliantzinc.ca