I notice recently, that researchers on the Haddow family are visiting my page.  Please contact me, so that I might benefit from the connection, if you haven’t already.  I’d love to learn more about John “Jack” Haddow”, if you have any memories or links to this family!  You can contact me via shepaintsred@yahoo.ca

Mary Eleanor Haddow married my Great Grandfather John Moors.  They had both come from hard working families and likely met one another through the various households where a number of the family members worked as Domestics and as Servants.  The family patriarchs, John Haddow and John Moors likely came to know one another.

The name John was common to both families and one of Mary Eleanor’s brothers was John ‘Jack’ Haddow, born in 1882.  With his family and that of his brother, William, began eventually the move west for the Haddows.

Within his family group… 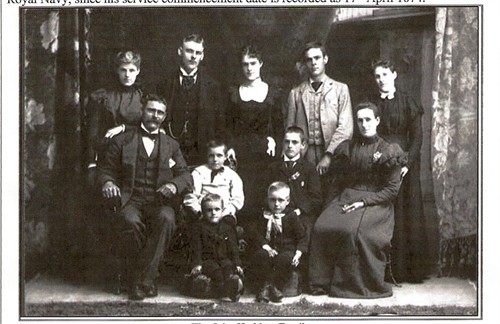 While I’ve had no luck locating a birth certificate for him, my Great Uncle John ‘Jack’ Haddow shows up on the 1891 Hamilton census with some of his siblings on page 62. John and Mary Haddow and William Thomas appear on page 61 of that document.

On the 1911 Census, the family is found at 227 Murray Street and the younger John is still with the family.

By 1916, we find John and his new wife, Mary Boyd (married in Lethbridge in the same year) on the Bow River, Alberta census. 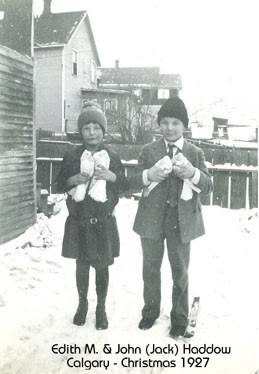 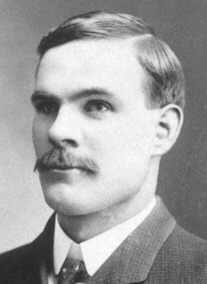 Below, please find a previous post written during my search for the final resting place of John ‘Jack’ Haddow.

“I continue the journey of discovering my family tree.  Yesterday, Max and I headed out on a summertime drive to Drumheller, Alberta, in order to locate the final resting place of my great uncle, my great grandmother Mary Eleanor Haddow’s brother, John ‘Jack’ Haddow.  The afternoon yawned wide open with sunshine and miles of crops, golden and dancing in the easy wind.  It was divine.

Once in Drumheller, I collected my free tourist map from a small corner store.  Outside, a collection of teens had congregated, sharing smokes and slurpees and when I asked them for the directions to the Drumheller Municipal Cemetery, they were lovely and gave me specific directions and landmarks.  Then I was on my way.

I took Max for a nice walk around the perimeter of the property and scanned the map that was displayed at the front entrance.  I didn’t have any idea what had brought my relations to the west in the first place and wondered if I would have any luck in finding John.  Once Max was back in the van, I began the search and basically sorted out that there were blocks based on period of history and looked for the section from the 1920s.  Soon enough, I located John ‘Jack’ Haddow, and next to him, his daughter Edith M. Haddow who had passed away in 2009.  I sat down and spent a good long while…saying family prayers and just taking in the beauty of the location.

A large plaque is on display at this location because it marks the section that was set aside for victims of an epidemic of influenza that moved through the region between 1916 and 1923.

“During the roaring 20’s, all of the Drumheller Valley communities were coal towns. From gambling and bootlegging to strikes and racial tension, the valley was full of action and entertainment.”  This information and image collected here.

On my great uncle’s death certificate the cause of death is listed as typhoid, but these were the years of the Great Influenza Pandemic between 1916 and 1926.  John Haddow passed in 1921.  He was fortunate that it wasn’t necessary to bury him in one of the common graves.  He was a young man, only 38 years of age, with a wife, Mary Boyd and two children, John and Edith. 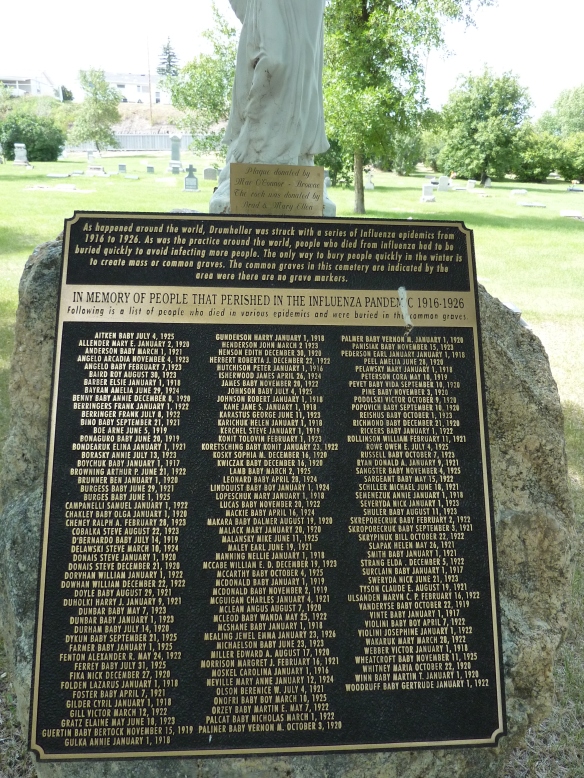 I have previously located Mary Boyd Haddow McLennan’s resting place in the Queen’s Park Cemetery in Calgary, along with her son, John ‘Jack’ Boyd Haddow.  It is a generous thing that someone provided a new headstone and saw that Edith could rest along side her father in Drumheller.  Now I am very interested in finding those individuals who loved Edith into her later years as we, also, are connected by our history.

When Max and I headed east to check out the little hamlet of East Coulee, I felt really blessed that I had located two of my relations.  I am enjoying learning about each character’s life as I go.  I’m going to assume that John found work as a coal miner as there were so many opportunities at the time, in this location.  (LOOKY HERE! Within an hour of this writing, a dear distant cousin on the Haddow-side, wrote to me and told me…”Jack was a rancher in Drumheller … he raised cattle and was a cowboy.”  Mystery solved!  Thank you, Anne! And now I shall have to delve into the ranching history of the area!  Looking forward to it.)

I thought about all of this as I looked at the coulees, hills and hoodoos on both sides of the road, undulating and richly-coloured in mauves, taupes and rose layers.  Vegetation was sparse apart from the dash of bright yellow in the brown-eyed susans.

On the way back to the city of Drumheller, I stopped at a wee shop and bought myself a double scoop ice cream cone…maple walnut…my Dad’s favourite.  It had been an exceptional day.”