I read a beautifully illustrated book to the grade threes about the meaning of the poppy.  Thank you, Wilma, for leaving that for us.  I mixed up a few shades of red during the lunch hour, deciding last minute to go ahead and use tempera with the students.  I think students are always somewhat in awe when I recite the words to the poem, ‘In Flanders Fields’, by memory.  I told the grade threes that my teacher, Miss Goodrich, had us memorize it when I was in grade three.  Once in the heart, poetry never seems to leave.

I showed them a painting I did back in 1997 and told them that I hoped to show them how to depict poppies.  On the board, I showed them a symbol for poppy…how we draw or make a poppy in a simple way.

We talked about the organic…zig zagging…crinkly texture of the poppy flower and about the construction of the central part of the flower as well.  I told them the story of my great grandfather and about how the poppies bloom in early spring in these beautiful cemeteries of France.

While I did not use this video, I suppose you might, if you don’t feel confident about drawing.

I just drew poppies from different points of view right on the white board in the classroom.  The students, on white paper folded into four, practiced depicting poppies a number of times and put a little smiley face next to the one they would use as a reference for their large composition.

I always encourage large compositions to be planned out, using white chalk.  But these days, very few schools stalk white chalk, given new technologies.  This class pulled out a red or pink or white crayon and marked their four compass points on their paper edges.  Their mouths dropped open as they could visualize that the expectation was that their poppies would touch each of those edges and be that large!  To simplify…drawings were done and revised in wax crayon, red fill in of general shapes completed; purple, yellow and black details were added last.  The poppies were then cut out.

I didn’t archive the entire process, but these photos are pretty representative.  Thank you, Wilma for your class!  They were awesome and very receptive. 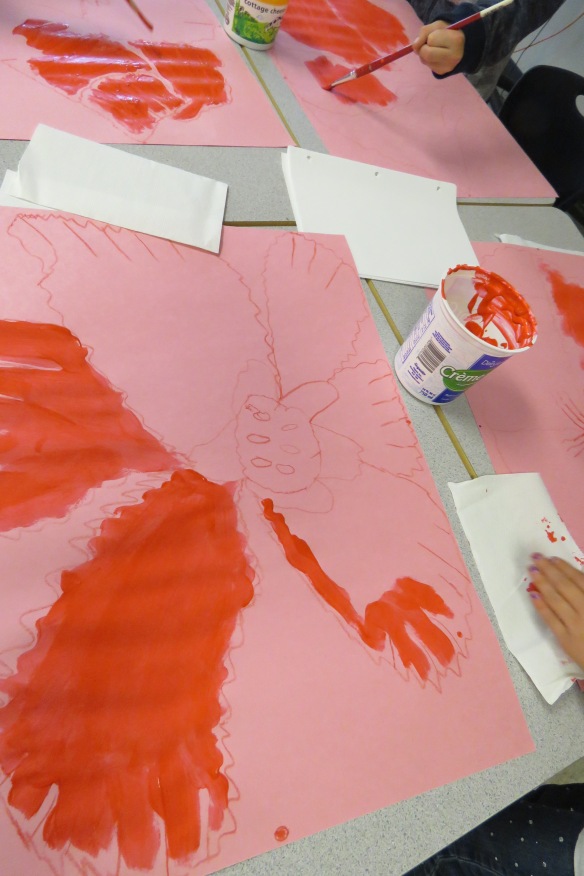 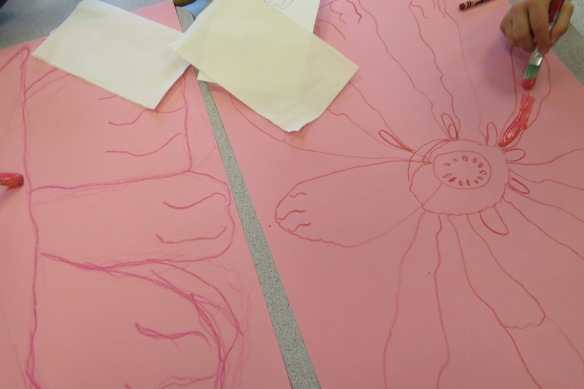 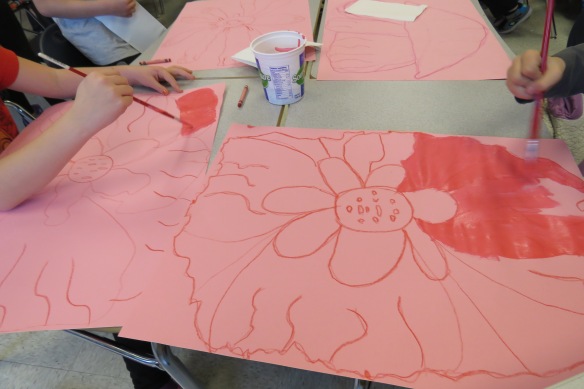 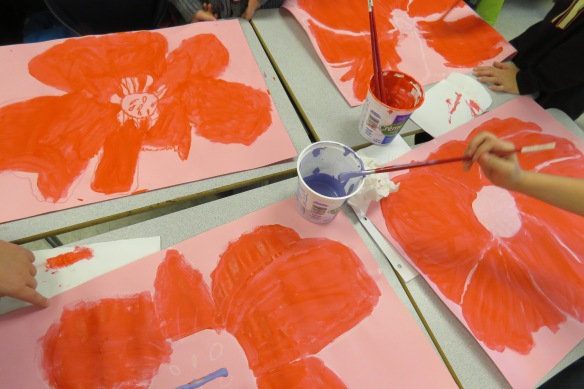 Jean-short-for-Eugenia, a retired nurse, came to be with the grade three classes yesterday and left me, both fascinated, and in awe of her passion for eggs and her organization as a workshop presenter.  The class was informative, seamless and so much fun!

This is something that Jean has always enjoyed doing with her husband, Al.  Her eyes lit up as she mentioned him and their shared love for Eggs-Quisites.  They’ve been going out into schools and organizations to share their experience with different aged children and adults for almost thirty years.  When they come out to your school, they supply dyes, books, wax and amazing exemplars of this traditional craft.  They even manufacture their own kistky!  After a fascinating history of Pysanky, Jean shared a hands on adventure through the application of beeswax in preparation for six different dye baths.

I enjoyed the stories that Jean shared with us and the children adored her.  Such a gentle and truly lovely person!  Thank you, Jean! 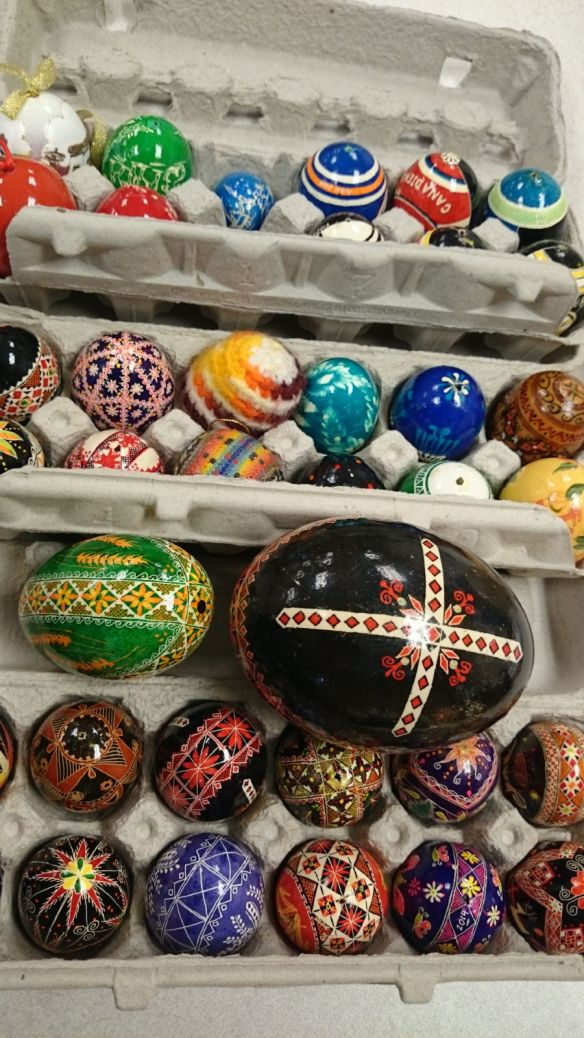 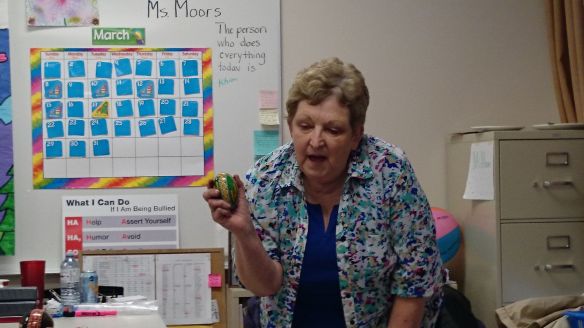 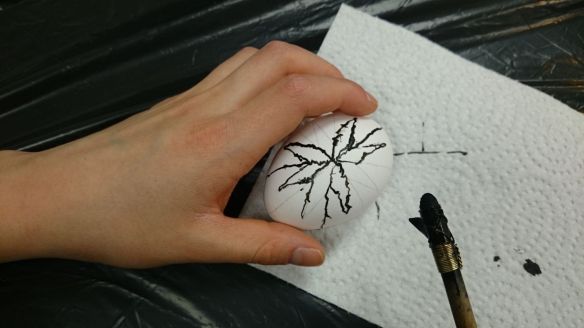 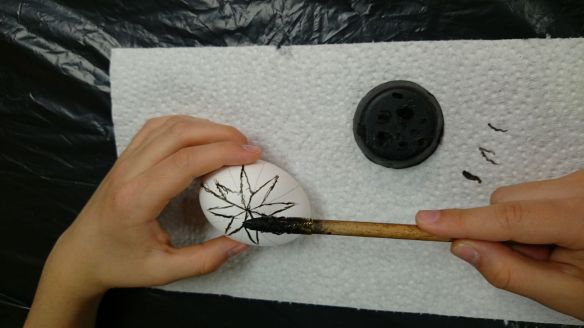 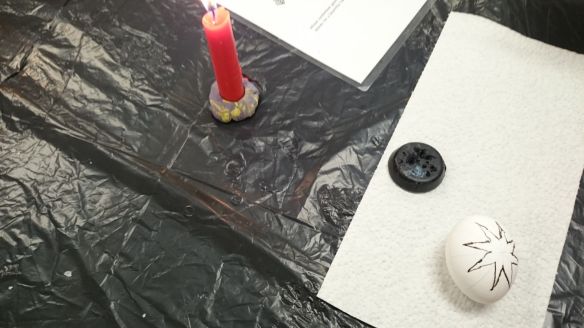 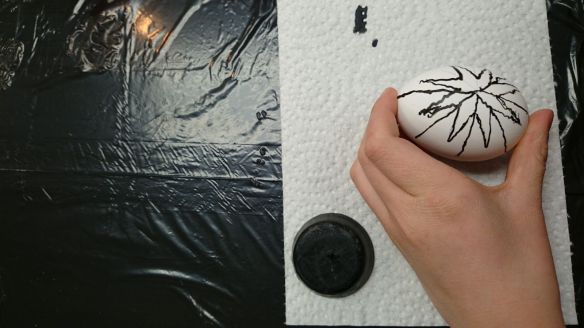 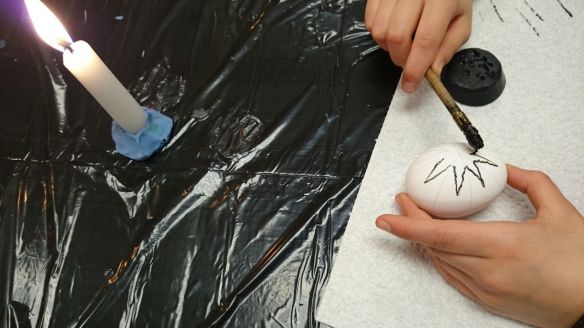 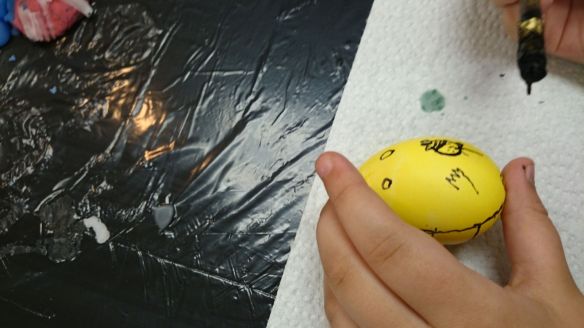 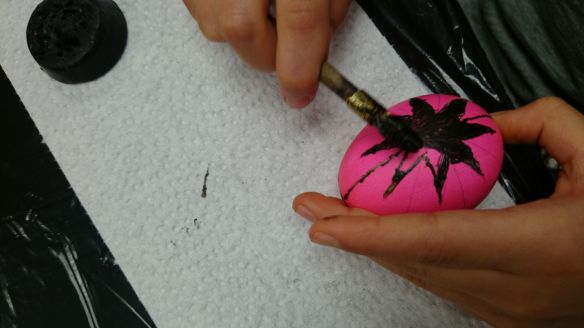 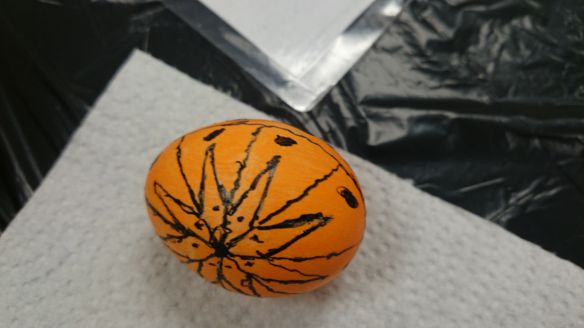