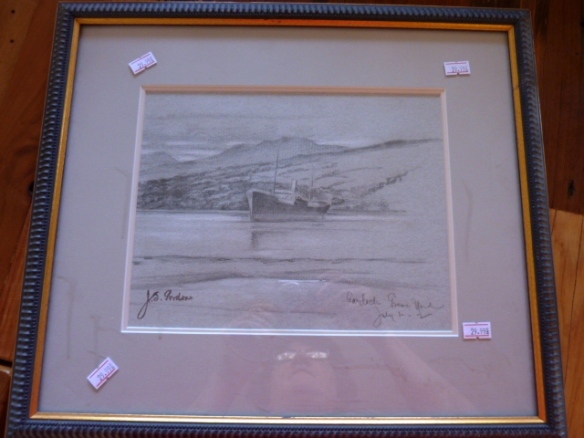 My most recent trip to the second hand shops provided the opportunity to acquire a graphite drawing by Hamilton artist, John Sloan Gordon (1886-1940).  A mere 29.99, I fell in love with the piece immediately and knew by the signature, that I had found a cast away treasure. 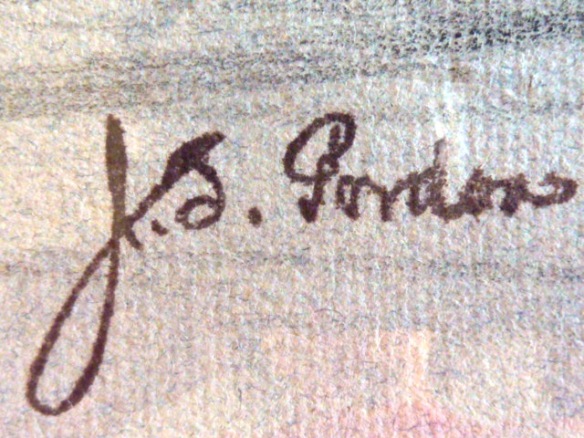 John Sloan Gordon, at one time, taught Group of Seven artist, A. J. Casson and the most wonderful Doris McCarthy.  He had a huge impact on art, but most importantly, shared in a beautiful vision of teaching/mentoring.  I am thrilled to own this little drawing!

One of Canada’s greatest artist-treasures was Doris McCarthy, who recently died at the age of 100 years old and she once said of Gordon,

“He would burst into the classroom without knocking and ridicule her or scold her about some trifle. Poor Mrs. Gordon maintained a tense little smile and made no protest… But the pulse in her throat throbbed more noticeably.” – Doris McCarthy RCA OSA

“I wonder if the people of Hamilton appreciate the man in their midst…. A man whose advice and criticism went deeper than just correcting a line or subduing a tone or colour for his students…” – Arthur W. Crisp NA

Acquiring a piece of art of such significance got me thinking about the lifetime of my own art and the fact that in all likelihood, my art will live beyond my own lifetime.  I have found pieces of my work on auction, along side pieces by countless Canadian and regional artists, some of them, my friends.  This leaves me wondering about the forever-journey that each piece might take.  Bob Blair’s passing saw another Estate Sale.  It’s interesting that with the motion of several years and separation from the artist through this process, ‘the story’ of the work becomes disconnected from the piece. 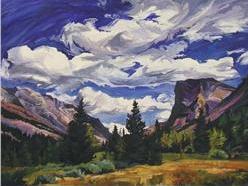 Bob was a huge supporter of artists and the arts and this is something that was not so often written about in a variety of biographical articles.  Bob would fund artists to go on wonderful adventures deep into the mountains or up north to the Yukon.  I was blessed enough to be invited by Laurel Cormack to do a horse-packing trip up the Blue Rock Canyon for a ten day stay with wranglers and a painting experience I will never forget.  All Bob asked was that at the end of the journey, we would each contribute a painting to his collection.  It was such a generous act.  And now, whoever has acquired that piece has no idea of that generosity.  Something to think about… “What happens to our art when we die?” …or…”What happens to our art while we live?”

Collected from the Head of the Lake Facebook Page…

John Sloan Gordon lived on Locke Street, was a painter of national repute, a teacher and then principal at the Hamilton Technical School, which turned out some of the city’s best artists. He had a colourful love life. For years he was engaged to Ottilie Palm, and then ended up marrying Hortense Mattice, a woman almost 20 years his junior. These two women are among the most remembered Hamilton artists of the time. Gordon was a firebrand in Hamilton’s cultural life. A member of The Hot Air Club, thought to be the Hamilton equivalent of the famous Algonquin Round Table in New York, John Sloan Gordon was one of the founding members of the Art Gallery of Hamilton.
He died in 1940.