In June, we lost John Vallance.  I want to leave a brief account of his life, here, because John became a true friend to so many during his time in Calgary.  It was a blessing to share in the celebration of his life, along with daughter, Billie,  friends of the British Home Child Descendants group that loved John so much and the generous folks of Trinity Lodge.

John and I both ordered a big plate of beautiful liver and onions the day that I met him in Didsbury, Alberta.  There, along with Bruce,  many stories and much laughter were shared.  I knew we would be good friends.  John was still living in his own house at this time and sure wasn’t crazy about moving into Trinity Lodge.  He was, all his life, a strong and independent man.  It was going to be a transition. 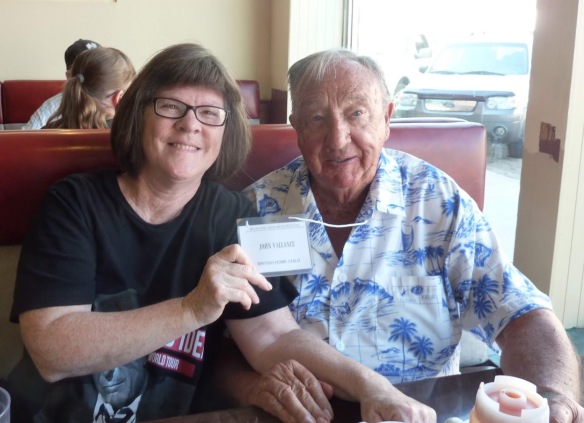 It was at this first meeting that I had the chance to share my own family history with John, the story of my Great Grandfather John Moors. 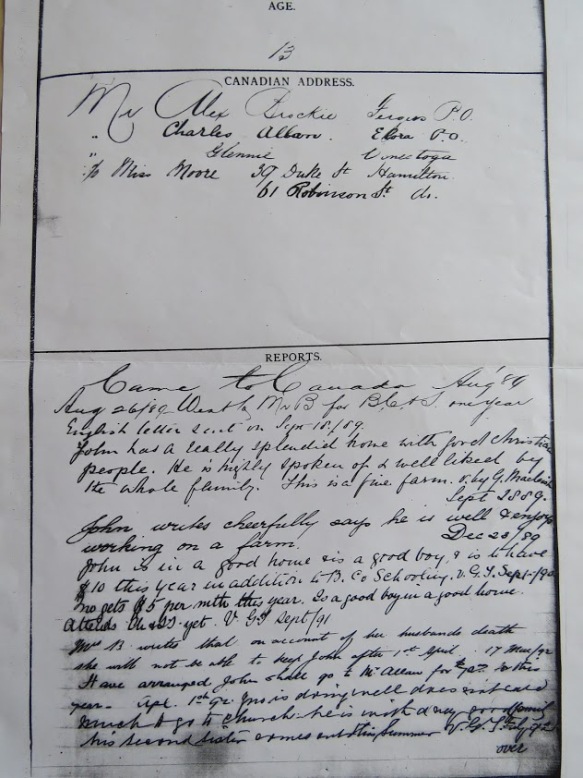 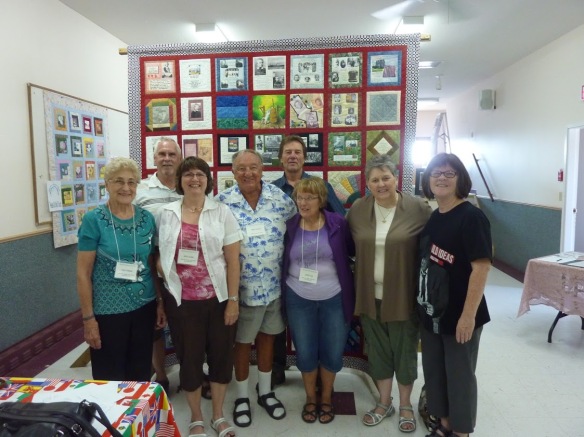 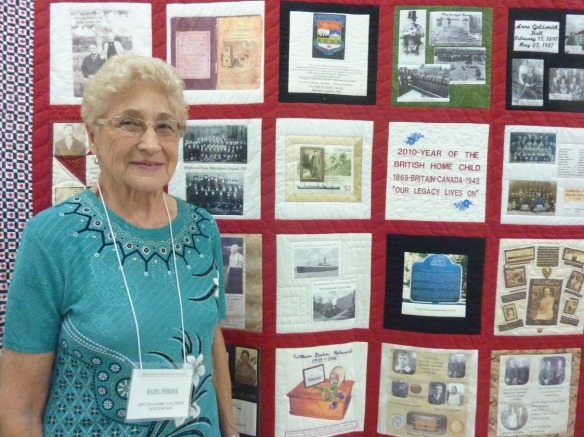 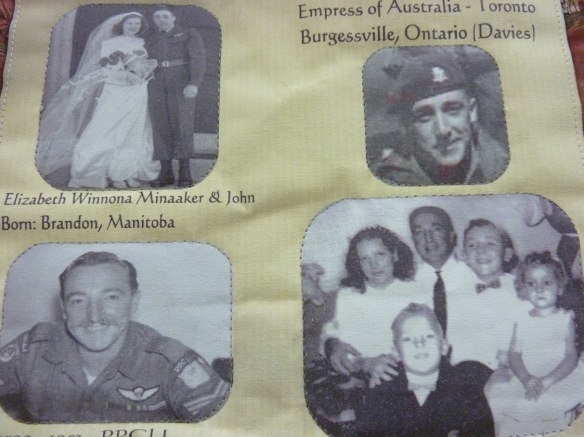 I have linked to John’s history here.

Child Migrant John Vallance is now considered “the chief” of his family’s clan. But for 50 years he had no contact with his four younger brothers and sisters.  Here is John’s story and how the Empress of Austrailia was the start of a new life for him in Canada – (article as it appears in the Summer of 2003 “the Barnardo Guild Messenger”)

MY MOTHER, Nancy, died in late 1937 at the age of 34. My father John was a fireman on the London and Mildland Scottish Railroad in Ayr, Scotland.

At 12, I was the oldest of five children, with two sisters and two brothers.  In March 1938, a few months after my mother’s death, I was sent to the Barnardo’s home in Stepney, then later that year to Kingston and Bromborough. In April 1939 I was sent back to Stepney for a couple of months before being sent to Bognor. Then in July that year, just before war broke out, I departed for Canada aboard the Empress of Australia.

I was one of a party of 30 boys and girls (one of whom was called Mary Love) who arrived in Quebec a month later. We were taken to Barnardo’s head office in Toronto where we were farmed out to foster homes.  My foster parents were Mr. and Mrs. Walter Davies, an English couple who owned a mixed farm in Burgersville outside of Woodstock, Ontario.  The Davies had no children and were good to me. I learned all about farm life, and enjoyed this new phase of my upbringing.  My only regret was that I never went back to school to complete my education.

Early in 1941 I left the farm and went west to Assinobia, Saskatchewan, where I worked on a wheat farm and ranch for three years before following in my father’s footsteps and joining the Canadian Pacific Railroad as a fireman.  A year later I enlisted in the army, where I qualified as a paratrooper.

I spent 30 years in the Canadian Army, including spells in Korea, where I was a Platoon sergeant, and in Germany. Later I qualified as a marksman and trained pistol and rifle teams at the Royal Roads Miltary College in British Columbia. I was released from the army in June 1974.

While in the army, I married Elizabeth a wonderful lady from Brandon, Manitoba. We had four beautiful children, two boys and two girls.  Sadly Elizabeth died in 1997. But my children are all doing well now and I have three grandchildren. I live alone with my dog Buddie in Calgary.

After Elizabeth died, my daughter Candace encouraged me to try and find my sisters and brothers. I remembered how I had arrived in Canada all alone, with no one to say “Here, John. Here’s a nickle. Buy yourself an icecream.” It was a sad life in that way.

My daughter and I sent a letter to 10 Vallances living in Ayr, Scotland, whose details I had found in a book about the history of the Vallance family around the world.  Within 10 days, I discovered that I had one brother and one sister still alive, my sister Isa in Enlgland and one brother George in Tasmania. I phoned Isa, who was very surprised, as she thought I was dead. She is married with three daughters and lives in Yorkshire. She told me she was planning to visit George the following month and asked if I could fly to Tasmania for a reunion. I immediately said “yes”.

I arrived in Tasmania to find George in hospital undergoing a hip transplant. He has two sons and a daughter, all working for the Tasmanian government. We had a great reunion and made the front page of the local paper with the headline “Siblings reunited after fifty years”. I now have the family life I missed as a child.

I found out that my older brother Robert, had served in the Royal Navy during the war, then went back to work as a miner in Scotland and died of lung cancer. My sister Lily served with the Woman’s Land Army in England and Scotland during the war.  They both have families in Scotland who I later visited.  I also found out to my surprise that both Robert and George were in Barnardo’s homes before being sent to foster families together.

I am now considered the chief of the Vallance clan. As I never had the benefit of a proper education, I have created a college fund for each of my three grandchildren.  I now feel at peace with the world, and that I have done my duty as a good Canadian citizen. And I am still a Barnardo’s boy.

What an amazing human being with such a phenomenal history.  John’s friends and family shared amazing recollections of John as a young man, a father, a husband and a child growing up, separated from his family of origin through devastating circumstances.  John’s resilience and willingness to educate others was huge.

I’d like to give a special thank you to Hazel who has been a diligent worker for descendants of British Home Children here in Alberta, for without her efforts, I may have never met John.  Thank you, Hazel, not only for the beautiful quilt, but for your thoughtful initiatives in caring for our John.  He will be missed. 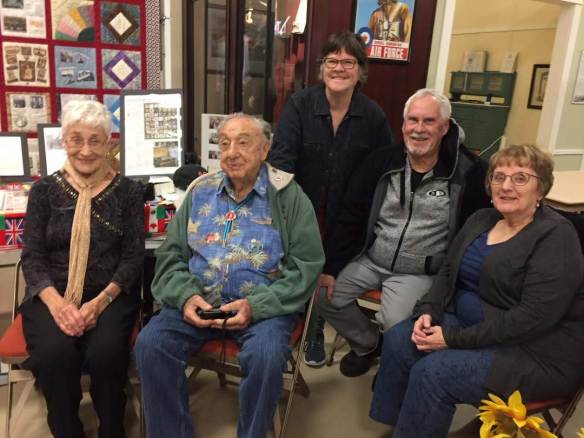 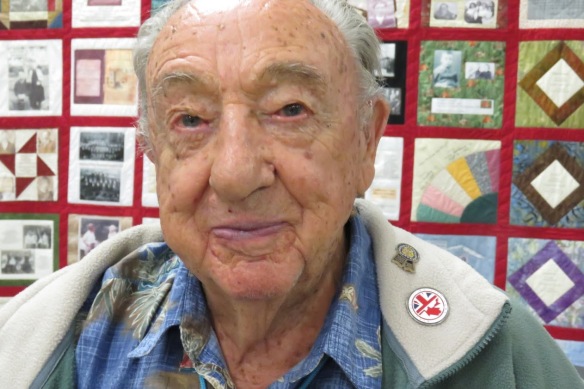 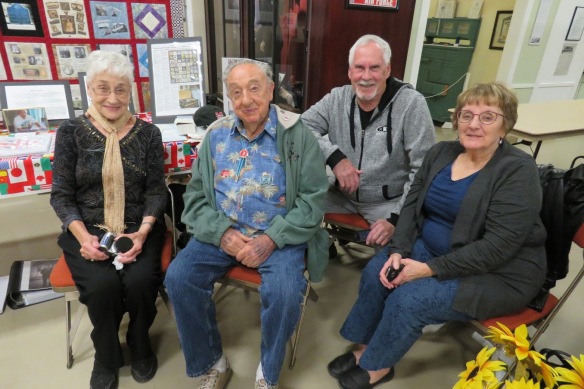 John may you rest in peace and may perpetual light shine upon you.  To Billie and all family and friends, may you find strength for the coming days…

A Scottish piper accompanied the family.  Beautiful words were shared by John’s daughter and his grand son.  There wasn’t a dry eye in the room. 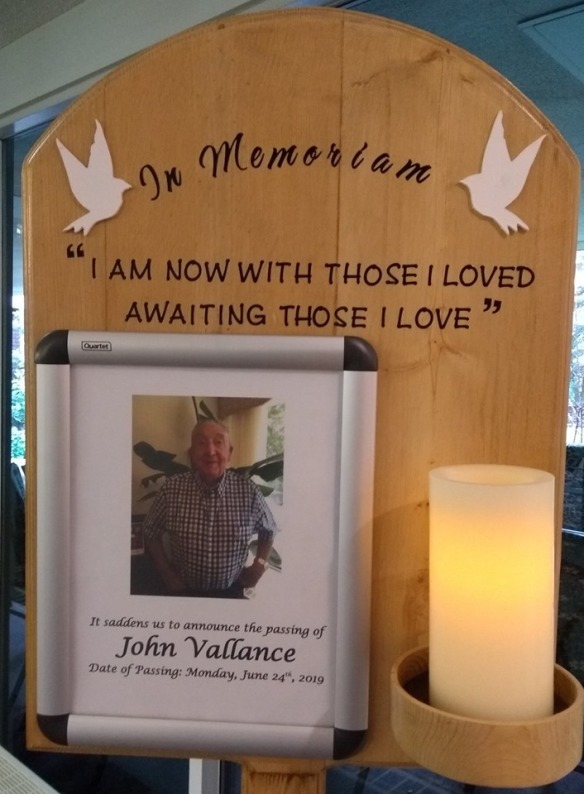 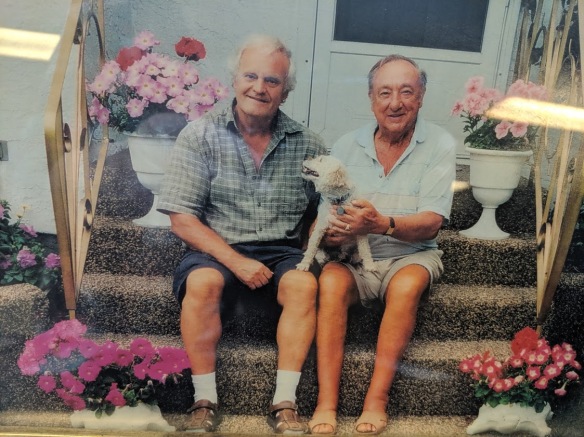 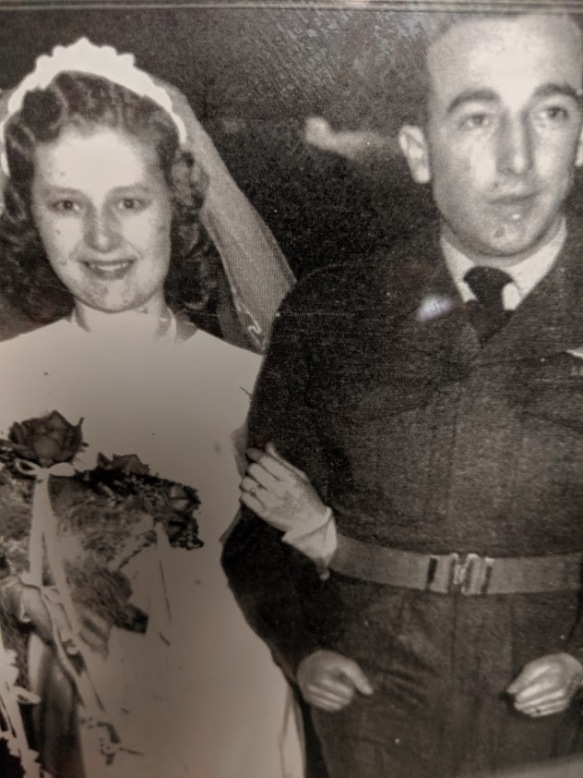 John on his wedding day. 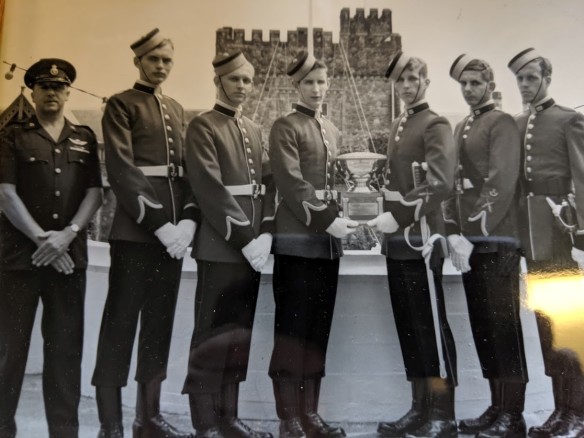 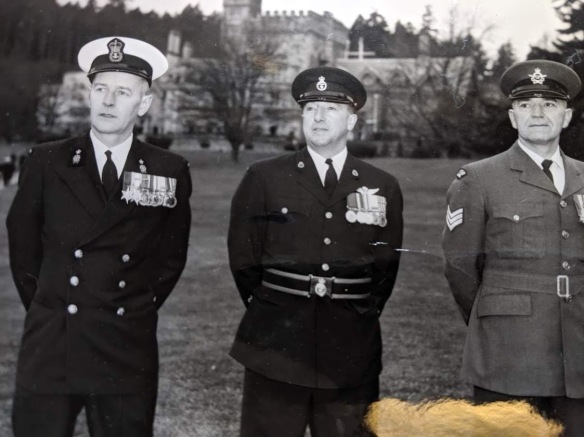 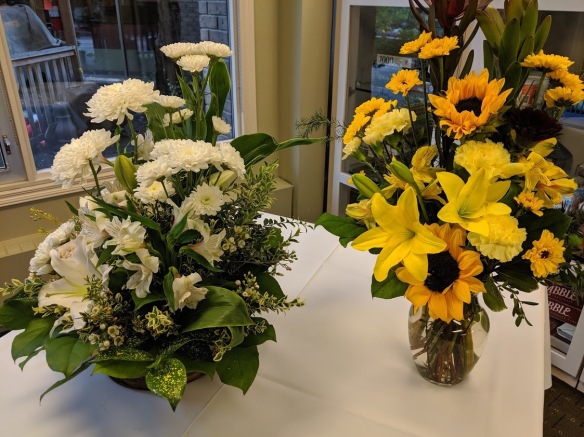