The weather was brutal, as I headed to the pond with Max-man, something between pouring rain and snow, but not of the ‘flake’ variety.  I thought that I sited 12 Goldeneyes, from a distance.  Having left my camera in the car due to the weather conditions, I quickly began to have my regrets because the mating dances and the chases around the pond were so theatrical and even funny.  Somewhere during the circle of the pond, I realized that the count was actually six male Common Mergansers, one female Merganser and three Goldeneye couples.  So much brilliant white on the grey landscape!  Absolutely stunning!

Once I got Max settled back in the vehicle, I had to grab the camera and attempt some documentation.  Unfortunately, the Mergansers were shy and were slightly out of my range for focus and the Goldeneyes, not much better.  However, I’m posting a few here, as a matter of context.  I had the most enjoyable time, literally laughing out loud.  I feel overcome on behalf of the females for the intense circus they must negotiate at this time and the wild frenzied flights as they attempt to ward off aggressive males as much as they can.

Things will only be more crazy over the coming weeks.  There are so many pristine, clear photographs of these species on line that I’m almost embarrassed to post these, but heh, today I was caught up in the wonder of having experienced these birds and I’m grateful. 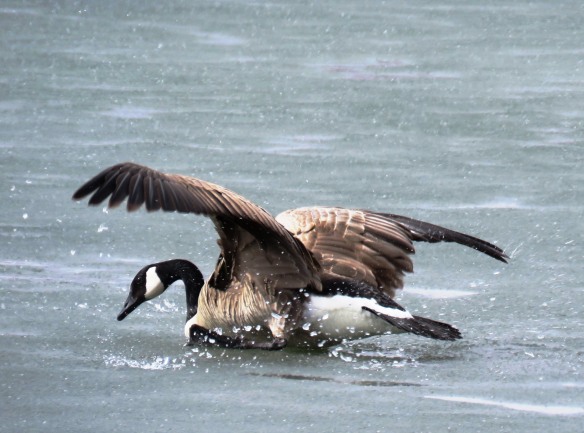 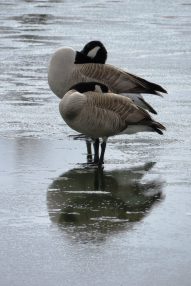 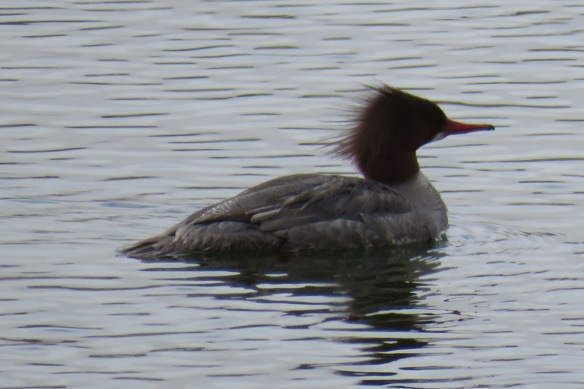 Does She Look Interested?  Did she even do her hair?  ©Kathleen Moors 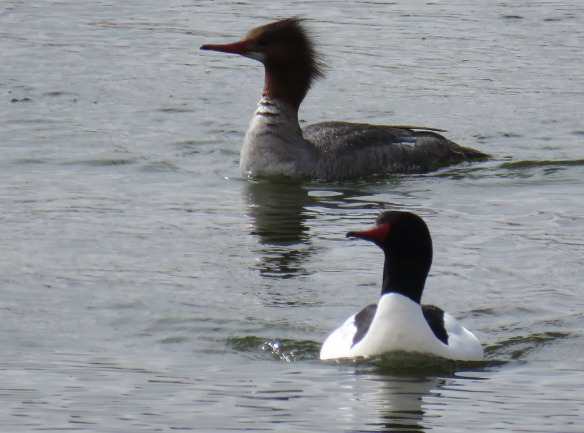 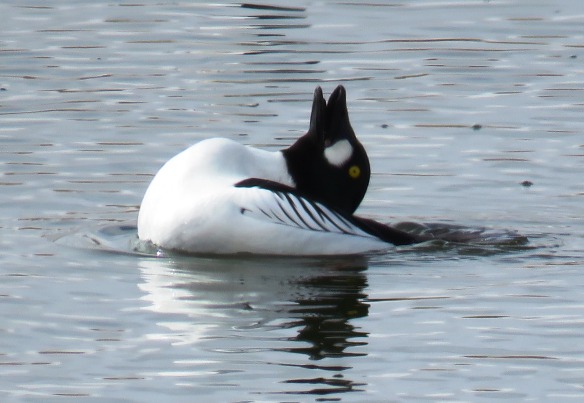 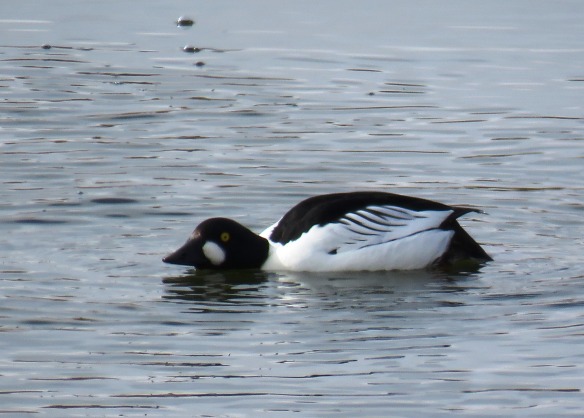 Over and Over Again! ©Kathleen Moors 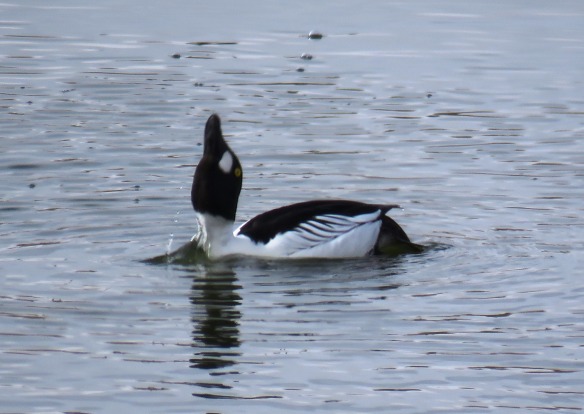 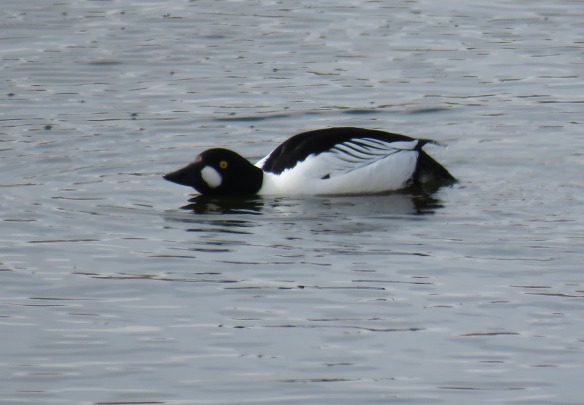 Time to tidy up! ©Kathleen Moors 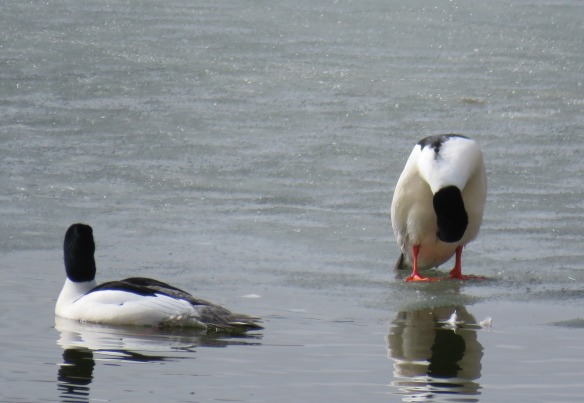