How wonderful to share an exhibit of works created by notable female artist, Louise Élisabeth Vigée Le Brun (1755-1842), with my two young nieces, Eliane and Ainslie.  The National Gallery of Canada produces the most exquisite spaces that showcase exhibits, with perfection.  A contrast to the Chris Cran show, this exhibit immediately captured the sensibility of the period.  We were enveloped in a warm and ornate environment.  I felt hugged by the space.

The first images posted are the sculpted terra-cota bust of Vigée Le Brun – 1783 sculpted by Augustin Pajou (1730-1809).  The piece is visiting from the Musee du Louvre. The artist, Augustin Pajou, enjoyed a long and continuing success as a portraitist spanning the Enlightenment, the French Revolution and the Empire. He was Louis XVI’s official portraitist and he completed many psychologically penetrating portrait busts of some of the greatest and most interesting figures of his age. 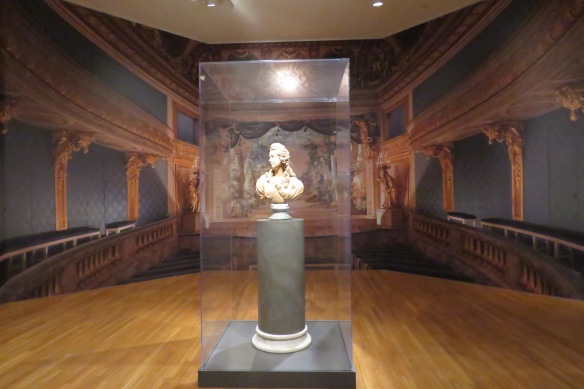 While I thought I would pass by the written captions that were placed within proximity of each piece, they were so absolutely interesting and well-written, that  I became pulled into the history of this brave and prolific woman’s journey.  I was in awe of the technical aspects of her work and so amazed by her determination within the context of historical events of the time.  I was proud of my young nieces for their shared admiration.  We shared in some very ‘smart’ conversations.

I won’t approach this post like an art history article, but I do encourage my readers to explore this artist’s story. A revolutionary figure, literally! I was reminded of the strength of women when I toured this exhibit.  I was also overcome by the detail and expertise evidenced in the works, themselves.  At a point, it was impossible to separate the paintings from the relationship of the artist with Marie Antoinette and to say to myself, “Wow, this artist was in intimate contact with and documented the life of this historical figure.”  The works transported me, the observer, into a different time.

Initially, I was a bit snap-happy, but then became absorbed and overcome by the shear numbers of paintings of royalty…I also had my ‘hand slapped’ by a security guard once he noticed I had taken a photo of a painting that had not been exhibited since 1982.  He was gentle with me, however, and explained that a no photos icon was posted at the base of the caption…subtle, but worthy of noticing.  There was one woman carefully documenting each painting multiple times and I was somehow irritated by that.  The gallery was well-attended, given that it was the long weekend and the exhibit will have its close tomorrow, on September 11.

As Ainslie, Eliane and I approached the final two rooms, we stood and stared at one another…I said…”Are we cooked?” and we all agreed we were on Art OVERLOAD at this point.  Some of you will understand what I’m saying.  I remember this feeling in the Musee d’Orsay, the Louvre, the Uffizi, the National Gallery of London, the Tate Modern and even in the Bellagio Gallery of Fine Art. I do want to note here, however, that of the great art museums of the world, I am very proud of our National Gallery.  This exhibit was stunning.  I feel grateful. 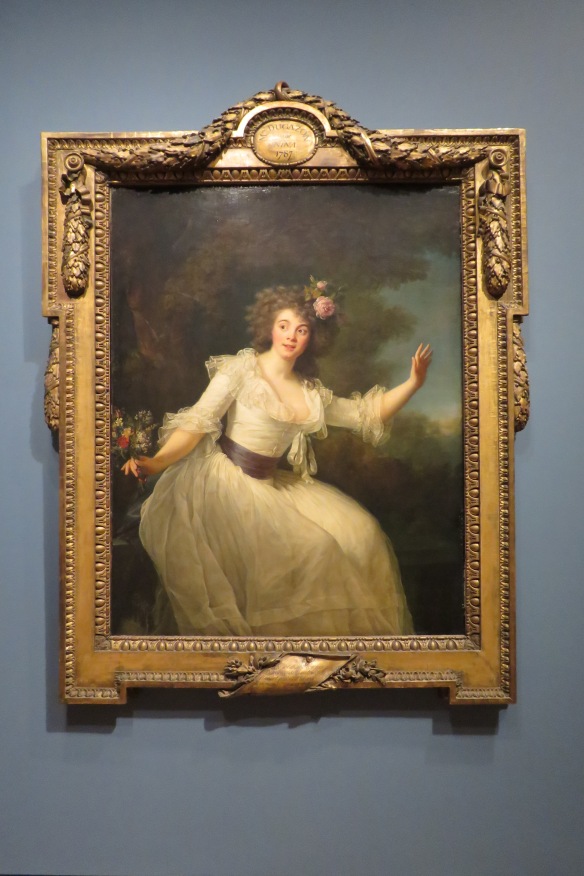 If you are reading this and living in Ottawa, sip your last bit of coffee, pack up your newspaper and off you go!  Thank you to those involved with sharing this exhibit.