Most days I record archives at the pond related to my ‘Changing the Landscape’ project and stewardship of Frank’s Flats.  For three years I’ve tried to keep the plastics out of this amazing ecosystem.  Along the way, I’ve learned much about pond life.  It’s become one of my favourite places to be.

This morning I really enjoyed the Cormorant couple and their obvious interactions with Max.  I had Max on umbilical leash, but that didn’t stop the male from creating a distraction from the female that was actively circling her nesting area.

I noticed that the CPR has cut down all of the brush on either side of the tracks and there were countless red winged blackbirds perching on the fence, instead of in their usual safe haven.  I’ve no idea how this dramatic change might have impacted their nesting behaviour recently.  In fact, the City of Calgary roads did something similar in the autumn at the end of my circle.  They trimmed down the honey suckle bushes down to nothing.  They are only beginning to come back.  These bushes provided protection for American goldfinches that I routinely spotted amongst the yellow blooms.  Look what we’ve done, in the name of aesthetics, with the Milkweed Plants and how it has impacted the Monarch Butterfly population.  We make irresponsible decisions sometimes. 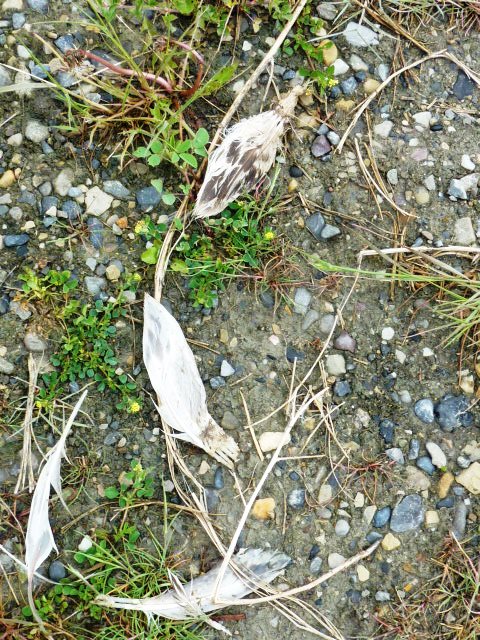 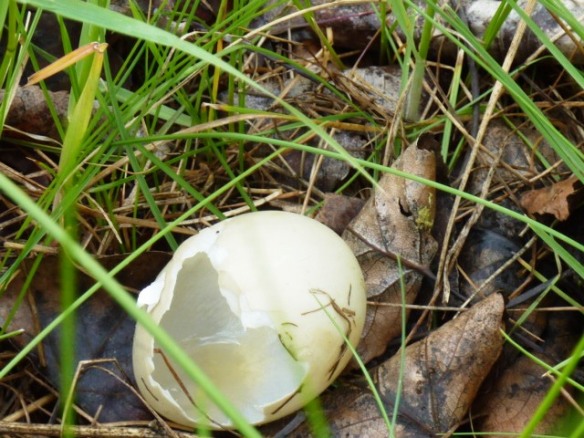 Several duck eggs found along the walking path like this…predators or people?

All shrubs and wild growth cleared away completely along the railway tracks.