My mother remembered my Great Uncle Joe to be a very kind and gentle person.  Again, I am proud of him for his service during World War II.  He was the only one of his brothers to be killed at war.  The family always kept him close to their hearts.  While I have published this post before, I have included material shared by my second cousin, once removed.  With gratitude to James Perry for his inquisitive nature and his desire to track family history.  His additions are found at the bottom of the post, in blue text. 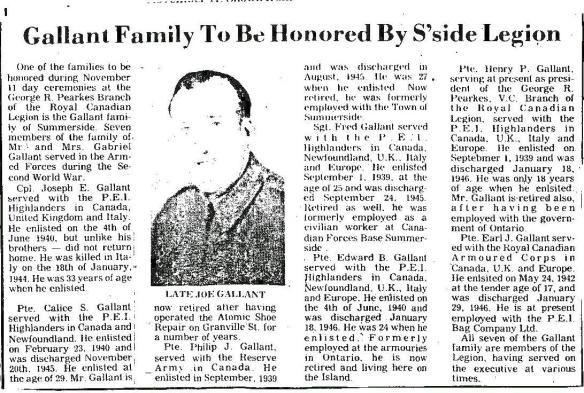 This is a man who I would love to be able to speak with.  I’ve watched a NFB silent black and white film about the battles in December 1943 -January 1944 in Ortona and it saddens me to think about the pain/misery/cold/fear and darkness that these young boys must have experienced.  It saddens me that Joseph lost his life nearing the conclusion to this particular battle, on January 17, 1944.
In June 2001, our dear family friend, Padre Stan Self, traveled back to Europe, to revisit and pay respects to the many fallen Canadian soldiers who had lost their lives.  My parents had shared the name of our uncle and so Stan visited Joseph’s final resting place.  Here, I will publish the Commonwealth War Graves Commission Casualty Details as they refer to my great uncle.
Rank LCpl
Initials J E Joseph Emmanuel Gallant
Regiment: Perth Regiment RC.L.I
Service #: F60174
Date of Death – January 17 1944
Commemoration – Moro River Cemetery, Italy, Plot 10 Row A Grave 1
Directions for driving to Great Uncle Joseph’s resting place.  San Donoto-commune of Ortona, Province of Chreti, east of the main Adriatic coast Road SS16, autostrada A25-A14

From the Moro river canadian cemetery site, the following context

On 3 September 1943 the Allies invaded the Italian mainland, the invasion coinciding with an armistice made with the Italians who then re-entered the war on the Allied side. Allied objectives were to draw German troops from the Russian front and more particularly from France, where an offensive was planned for the following year.

Progress through southern Italy was rapid despite stiff resistance, but by the end of October, the Allies were facing the German winter defensive position known as the Gustav Line, which stretched from the river Garigliano in the west to the Sangro in the east. The Allied force that had fought its way up the Adriatic took the Sangro river positions by 30 November. The 1st Canadian Division went on to cross the Moro river on 6 December against stiff opposition, and to take Ortona on the 28th, after a week of bitter street fighting. The 2nd New Zealand division made some advances further inland but thereafter, there was virtually no movement east of the Appennines until after the fall of Rome.

The site of the cemetery was chosen by the Canadian Corps in January 1944. It contains the graves of those who died during that fighting at Moro river and Ortona, and during the weeks that preceded and followed it. In December 1943 alone, the 1st Canadian Division suffered over 500 fatal battle casualties. Burials other than those of members of the Canadian forces are almost all in plots 12, 13 and 16.

Information received from my second cousin, by marriage, James Perry, regarding medals.

Terms
The star was awarded for one day operational service in Sicily or Italy between
11 June 1943 and 08 May 1945.

“Please note that the above is only a summary outline of the conditions that
apply to this medal. Additional information and a list of qualifing areas of
service are available from the Honours and Awards Section, Veterans Affairs
Canada, 66 Slater Street, Ottawa, Ontario K1A 0P4″

Bar
There was no bar to this medal

Ribbon
The ribbon consists of equal stripes of red, white, green, white, and red. The
colours represent the colours of the Italian flag.

Also, received from James Perry of Summerside, PE are the following notes and references.  Thank you for sharing these with our family.
1.Joseph E. served with the PEI Highlanders in Canada, United Kingdom and
Italy. He enlisted on the 4th of June 1940, but unlike his brothers, did not
return home. He was killed in Italy on the 17th of January 1944. He was 33
years of age when he enlisted. Service # F/60174. Listed as a Private in the
Perth Regiment RCIC Listed as a Lance Corporal on his Gravestone. He was
killed in the battle Arielli, Italy. Killed by mortar fire while carrying
D.Coy’s Wireless radio. Recognized on Internet Last Soldier Memorial. On
17th Jan 1944, The Perth Regiment saw its first action at the Battle of The
Arielli River.[See Map 1: The Attack Towards the Arielli – 17th January 1944
<Maps/mapb1.jpg>] On the night of 17th-18th Jan. 1944, after a day long
battle against great odds, the Regiment was withdrawn to an area near
Lanciano, and from there, took up a sector of the winter line opposite
Orsogna.

8.Lived on Russell Street in Summerside

Grateful to you, for these contributions, James. 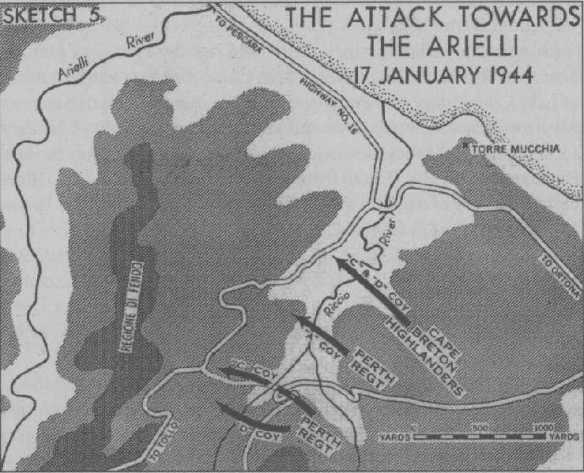 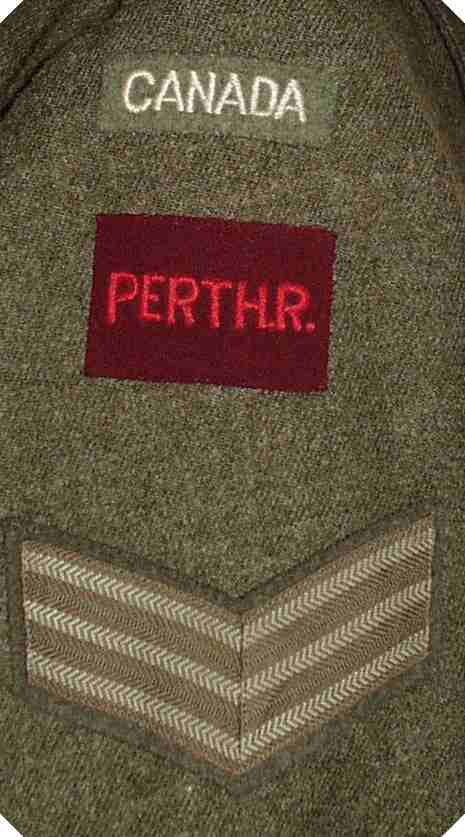 An excellent little piece on the background and happenings at Ortona, for our boys.